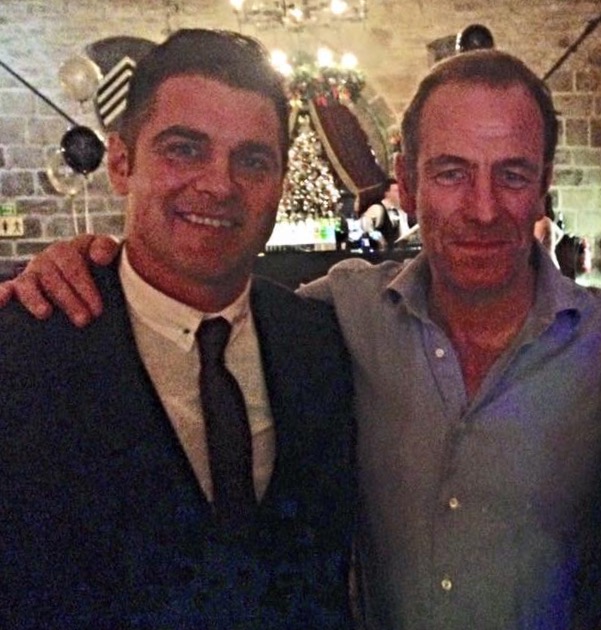 Sheree Hewson –  “your performance at my daughters wedding was sublime, outstanding talent” 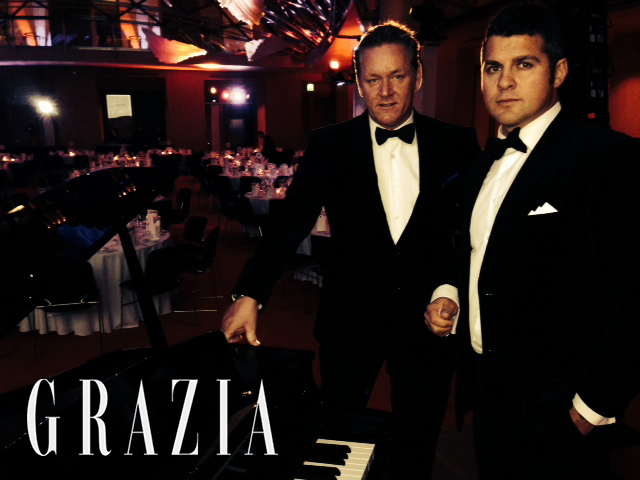 Have you ever attended a great party, wedding or gathering and thought ‘Wow, I’d really love to have entertainment like that at my event?’

Entertainers and singers can be either really bad or fantastic and make or break your event.  There is nothing worse than bad swing singers or swing band. The Rat Pack Boys always strive to be that exception to the rule.  The Rat Pack Boys have many years of experience within the entertainment industry and have worked with businesses and individuals to help give their event that special edge.  Over the years we have had a great time providing an exceptional service that everyone can enjoy but also coming up with new routines to keep things fresh.

Have a corporate event or party coming up – why not have something different and unique to entertain your guests? The rat pack tribute singers can really make your night (or day!) go with a bang and will entice people of all ages to get up on the dance floor and show their moves. It’s reassuring to know that you will be provided with the best singers in town who are experienced in local and UK entertainment.

Rat Pack Boys believe in quality and professional entertainment, we want people to enjoy and relax, unwind to the music and have a great evening of big band music. Swing singers will woo the audience and the swing band will be appreciated by everyone, especially those of the older generation.

With swing band and swing singers in tow, one cannot help but enjoy the evening and every generation loves the sound of the big band classics and crooner style singing; these classics are timeless and never grow old.  They still hold that charm today that they did back in the golden era of swing singers. Entertainers such as Frank Sinatra, Billie Holiday and big bands like Glen Miller really knew how to impress the crowd with singing, dancing and big band hits…they always left the audience wanting more! The swing singer’s routines would keep people coming back for more to enjoy the singer’s talent and presence and that is the kind of experience you can expect to get from the Rat Pack Boys, we can give your event the sparkle and pizazz that it needs so that everyone has a great time and it uplifted by the atmosphere of the evening.

The Rat Pack tribute band will create a range of music, chosen just for you so that you get to hear all of your favourites and the all-time classic swing singer’s tunes. It’s also good to know that you will have all your favourites played and we can also do special arrangements if there is something that you would like in particular.  The Rat Pack Boys want to ensure that your night is a success.

Make sure that you have the best possible swing singing entertainment for your next party and hire the Rat Pack Boys for some swing singing, big band and great times!

The Rat Pack Boys have been going for a number of years we have reached a standard of musicianship which all will appreciate and our swing singers style is a real hit! With a mixture of music from past to present, there is something to suite everybody. It’s important to us that you have the best day/evening possible and that your wedding or corporate entertainment is enjoyed by all.

The style of big band music, which was around between the 1930’s to 1940’s, can really make your event sizzle and take people back to the era of that time.  It could be that you are holding a theme night and want to make it as original as possible; this is something that The Rat Pack Boys would love to get involved in. The Rat Pack Tribute band also perform as singing waiters and mingle with the guests as we strive to liven up the evening and make sure that everyone is having a great time, we will have everybody dancing along to the sound of swing.

Our big band ranges from a 3 piece to 17 piece band, so all requirements are catered for. Should you need a slightly larger band or want specific instruments taking the main stage, we can provide further options when you contact us.

Did You Know: Big Band derives its roots in jazz and was named so because of the collaboration of musicians involved?

Our range of music is based on singers like Frank Sinatra, Billie Holiday and Dean Martin; our big band orchestra will play any of your favourite tunes such as Sweet Lorraine by Nat King Cole, Take the Train by Duke Ellington and many more.

Did You Know: It can be said that the Swing Era began when Louis Armstrong joined Fletcher Henderson’s band in 1924. What is today considered the official launch of the Swing Era was when Benny Goodman performed at the Palomar Ballroom on August 21st, 1935. http://history.just-the-swing.com/diduknow

We love this clip of the original Rat Pack crooners Frank Sinatra, Sammy Davis Jr. and Dean Martin, have a look and get inspired by the swing singers! 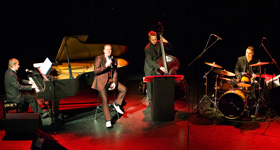 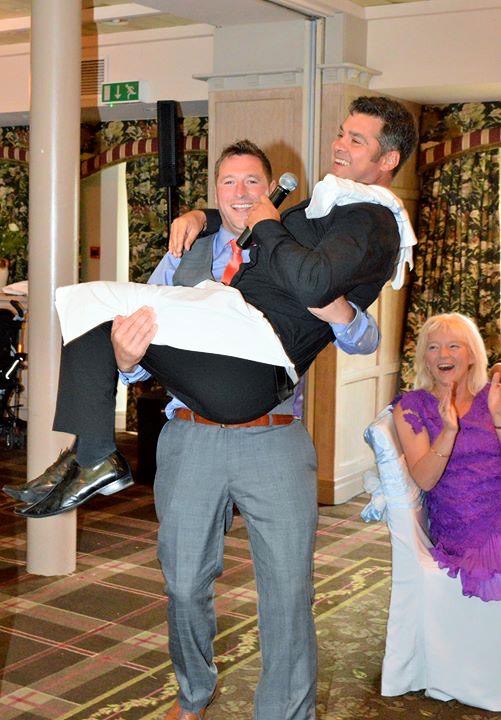 One word. Stunning. They REALLY made our wedding ultra special ! Their talent as not only singers but all around entertainment is quite amazing. I am a classically trained musician myself and have a highly critical ear for all things musical and it is fair to say that they totally exceeded all expectations I had of them. Equally, the musical samples on their website don’t do them justice.

Yes the samples give you a general idea of their singing ability but do not give you any indication of their talents as entertainers too. They were worth every penny and more as far as all of my guests and both of us were concerned and it gave everybody something they will never ever forget. Many of my guests are still talking about their performance weeks later and I know that some of my guests are considering booking them for other events in the future.

We had the “surprise” singing waiters show and even though my Father was in on the fact we had some entertainment, he was completely fooled by them and genuinely surprised when they revealed themselves at the wedding breakfast. My wife and I are looking forward to a live performance they are doing and will be straight there to get some tickets as soon as they become available. That should tell you all you need to know about them ! 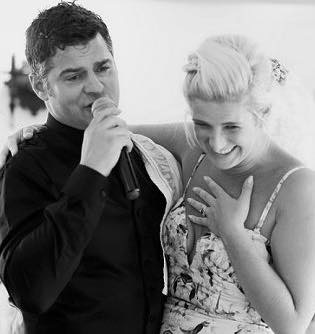 Dear Tommy & Jonny It’s difficult to know where to start, but I’m getting in touch to say the biggest thank you for making Friday night so special for us and our guests. As wine waiters, I think Orga needs a little more training… However, as the best entertainment we could have wished for – you both ticked all the boxes!

We had the challenge of bringing together an event for international visitors and colleagues – and finding some form of entertainment that would appeal to everybody. Our selection of the Rat Pack Boys was based purely on the feedback we read on your website and our experience with you from start to finish was seamless.

I had read feedback previously from somebody who said they were looking for another event/party to organise so that they had an excuse to book you again. We know how they feel. 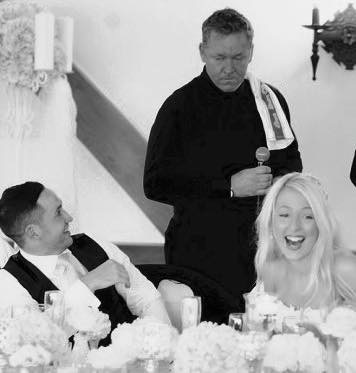 Hi Tommy and Jonny!!!!! Just an email to say a huge thank you for your fantastic entertainment and helping us celebrate Joseph’s Ten Year Anniversary, which was truly an unforgettable night!!!!! Our guests truly believed you worked in the diamond industry and were speechless when you both started to sing!!!!!

The entertainment you both provided was excellent and very good fun….. ‘Amazing, the evening was going incredibly well and it simply kicked up to another level when the boys revealed who they really were, the look of amazement on guests faces was worth its weight in gold!! It was simply two lots of entertainment in one as the boys had our guests eating out of the palm of their hands playing the role of Hungarian Diamond Dealers, before revealing their true identity.

They made a great night a magnificent one.. Thank you..’ I hope your ok, many thanks for great entertainment and helping us celebrate Joseph’s Ten Years. Hope to see you both again soon!!!!! Best wishes

“I WON’T HESITATE IN RECOMMENDING YOU TO ANYONE” 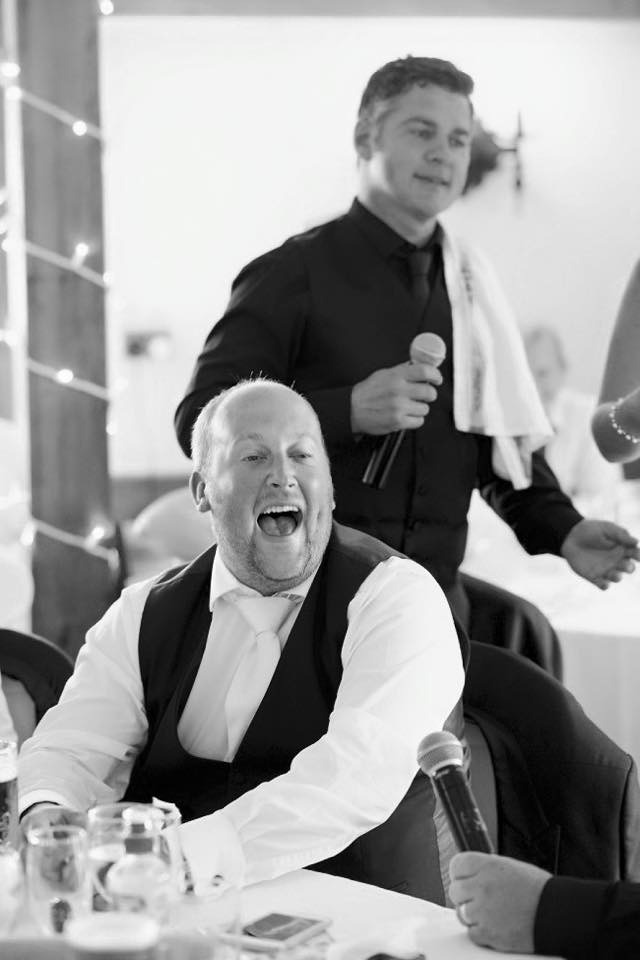 Guys Just a massive thanks from Julie and I for the spectacular performance on Saturday night. All of our family, friends and the staff have commented just how brilliant you were.

It genuinely made the party perfect for us both. We are going to try and come to the theatre and watch you with the big band. We plan to make it to at least one of those. Again I can’t express my thanks enough for your contribution to my wife’s perfect birthday celebrations. I won’t hesitate in recommending you to anyone. Michael.